Do you want to be a successful speaker? Then you need to listen to this advice from the professionals

‘So I’ll start with this. A couple of years ago I was speaking at an event and the planner said ‘I have a problem with what to call you because I want to call you a researcher, but I’m worried that if I do no one will come.’

This is the beginning to one of my favourite TED talks of all time. When a little known introvert called Brené Brown took to the stage and INSTANTLY connected with the audience.

She did this so quickly and easily with a simple technique – using humour.

It was that simple!

You don’t have to be an expert in influence

You don’t have to be the queen of speaking

You just have to be human.

“We live in an era where the best way to make a dent in the world may no longer be to write a letter to the editor or publish a book. It may be simply to stand up and say something . . . because both the words and the passion with which they are delivered can now spread across the world at warp speed.”

Wise words by Chris Anderson, founder of TED and I couldn’t agree more.

Is public speaking currently way down on your list or not even a feature? If so I’d like to gently challenge you on that a little.

We are living in an age now where speaking has become incredibly important. Where ideas worth spreading are going viral. Where emails have replaced letters, and live streams are joining videos, It is the quickest, most effective way to connect with an audience of millions that CHOOSE to listen.

If you really want to make an impact on the world, speaking is your most efficient vehicle to do that. 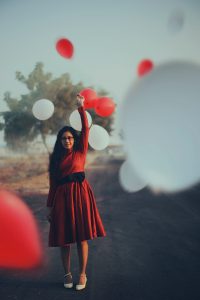 ‘We are here to put a dent in the universe’

But what did he mean and how do you do that?

I believe it lies in standing up and sharing your ideas.

It is having the courage to open up and share, to take a risk and speak up for what you believe in.

It is being brave enough to challenge an assumption that others are too scared to say or are avoiding because it is better to stay silent.

It is spotting trends and telling people about your ideas.

It is showing your passion through your own experience and story.

It is having the belief that you DO have something to say, and that you don’t have to be a scholar, an academic or a guru to voice that message.

We all have it within us to make a dent in the universe, so how are you going to make that dent?

‘I have a dream that my 4 children will one day live in a nation where they will not be judged by the colour of their skin but the content of their character.’

I think we ALL know who said this, right?!

A ground breaking speech with such power and emotion that it has contained it’s power and impact since 1963 when Martin Luther King uttered these famous words.

Do you have a dream about giving a powerful speech with a big impact?

What would it be about?

Are you too scared to speak?

You may be avoiding speaking because the thought of it scares the bejesus out of you but what are you missing out on by letting your fears get the best of you?

Standing up and speaking with clarity and purpose is the most powerful thing you can do for your business and yourself.

Is it time for you to make a big impact with your story, mission and message?

Book your 45 minute call here and we can start to map out exactly what needs to happen for you to do just that.